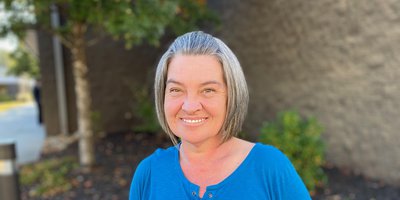 Between the years of 2007 and 2011, Marilyn Mays lost both her parents and her husband. As each loved one passed away, her grief became overpowering and her life spiraled … 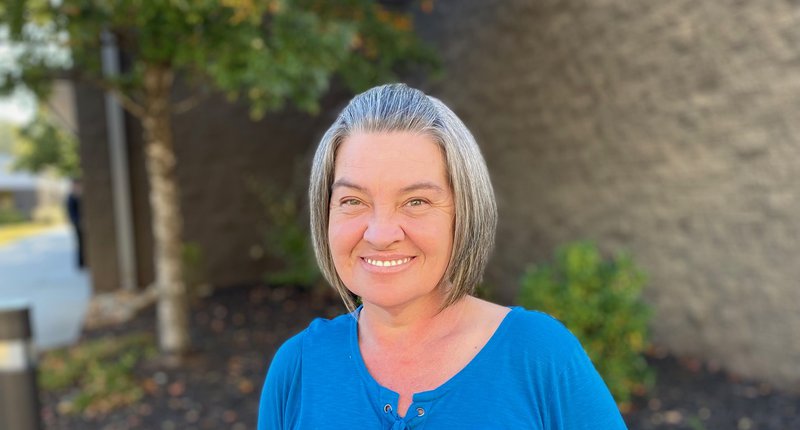 Between the years of 2007 and 2011, Marilyn Mays lost both her parents and her husband. As each loved one passed away, her grief became overpowering and her life spiraled to a very dark place. Her drinking habits went from unhealthy to full-blown addiction. And then the substance abuse began. The following months and years were a downward path—addiction, jail, mental hospitals. In one of her darkest moments, Marilyn realized that in order to break this cycle, she needed help. And in February of 2018, she began her journey of recovery at Miracle Hill’s Renewal Center. There, she faced her past and learned how God could rescue her from herself.

At first I tried to run, but they talked me into staying. I was so angry at God, but one night, I finally let out every emotion I had held in for all those years. I gave up. I surrendered all of it to God, and I felt his power in that moment.

When she graduated from the Renewal program, Marilyn began visiting Grace Church Taylors. The campus had just been launched, and she was drawn to the smaller setting. Learning about God and the Bible was still very new to her, and she knew that she needed to be taught. However, it wasn’t always easy. Because her background was so different from most people at Grace, she often felt uncomfortable. But Marilyn knew the enemy would try and use her discomfort to keep her away, so she kept attending and went through re:generation.

Things had been going well, but in 2020, Marilyn had a one-night relapse that ended with a wreck, a DUI, and losing her job. It was devastating. She knew that she couldn’t recover alone, so she reached out to her friend and mentor, Cindy Chibarro. Through Cindy’s encouragement, Marilyn met with several staff members, came under the umbrella of Grace Housing, and began working through a plan to move forward.

They came together and helped me come up with a plan. They prayed, they gave me friendship, set up meetings to check on me, gave me rides to church. They would listen. I knew God was trying to show me something.

In the following months, God stretched and strengthened Marilyn in new ways. When she was asked to co-lead a closed re:gen group, she initially resisted. And even though she eventually agreed to do it, she struggled with feeling different from the other ladies in her group. But every time she wanted to quit, Marilyn’s mentor would encourage her to keep going. Towards the end of the program, one of the ladies in her group said this to Marilyn: “I know the Bible from front to back, but I’ve never seen someone experience God the way that you have. It blesses me.” In that moment, Marilyn saw clearly how God was working both in her and through her to encourage others.

I got to watch those ladies transform as they worked through their issues and struggles. And even though we were different, we were all the same by seeking God in our trouble—looking for that relationship with him.

Now, when Marilyn looks back, she is so thankful for God’s power to rescue her from her path of self destruction. She still faces many challenges, but she has learned to pray for guidance, strength, and wisdom to live in a way that honors God. And she knows that God will continue to use her to encourage others along their journeys as well. 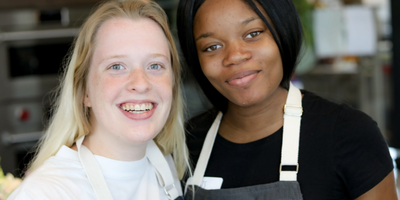 One of our Missions Grants recipients is YoungLives—an organization that provides mentorship, community, support, and education for teen moms, with the core mission of sharing the gospel. One way we … 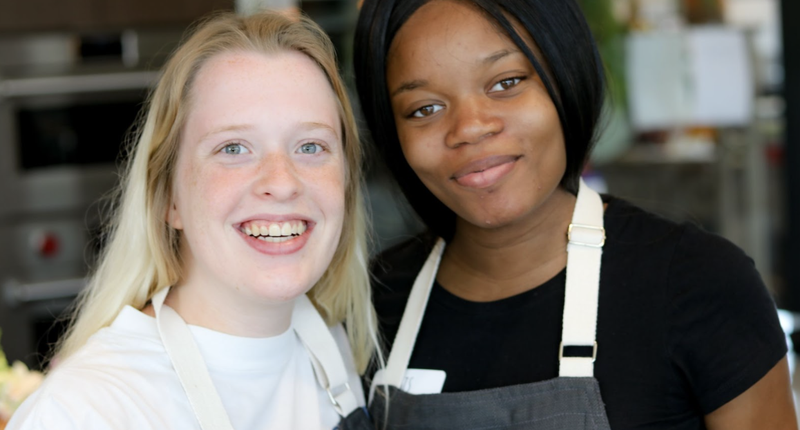 One of our Missions Grants recipients is YoungLives—an organization that provides mentorship, community, support, and education for teen moms, with the core mission of sharing the gospel. One way we were able to support YoungLives this past month was by hosting a retreat for teen moms at our Taylors campus. Eight teens and their children from around the state of South Carolina were able to attend. Grace members volunteered in different capacities, and these girls were able to connect with each other and their mentors as they worshiped together and sat under biblical teaching. They also participated in fun activities like a dance class and cooking class!

Giving these young ladies a safe place to connect and build community is so important for effective discipleship and life change, and we are grateful to be a small part of making that happen. Will you pray for them, their children, and their mentors? To learn more about YoungLives, click below. 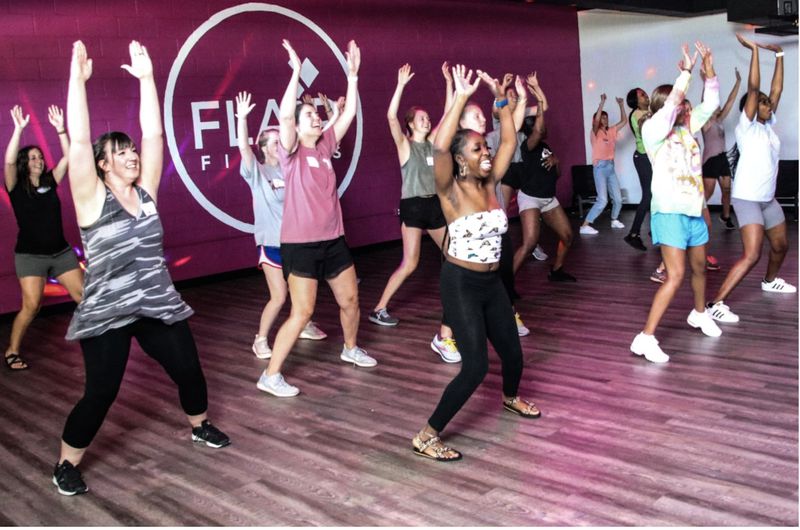 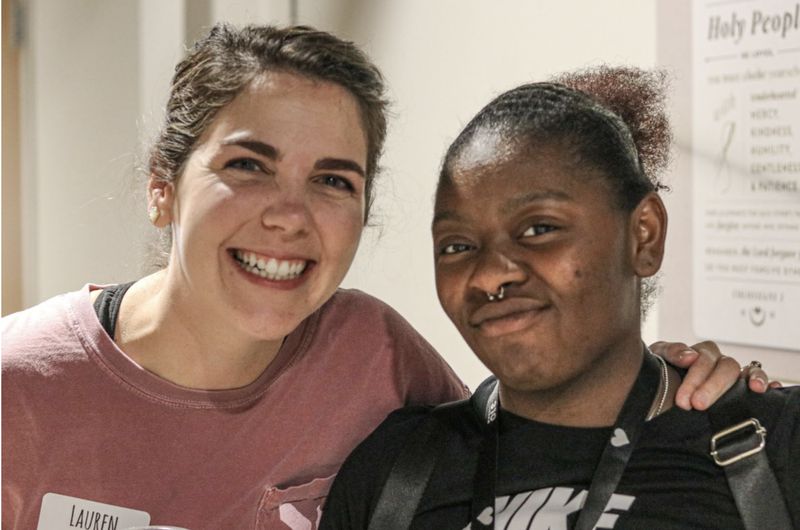 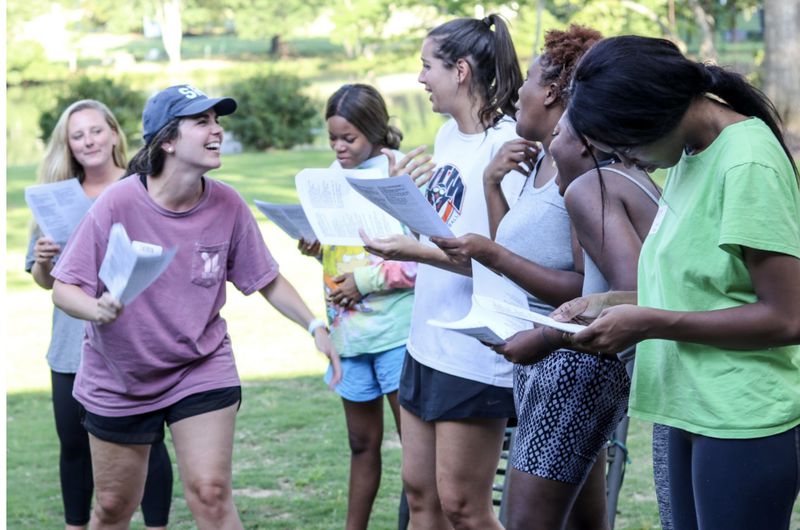 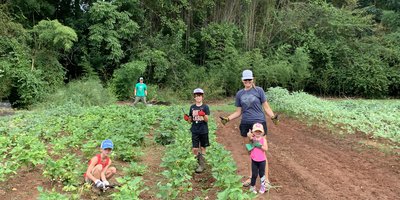 As summer comes to a close, we want to celebrate the harvest of fresh produce from the community garden at our Taylors campus! Throughout the summer, many volunteers have helped … 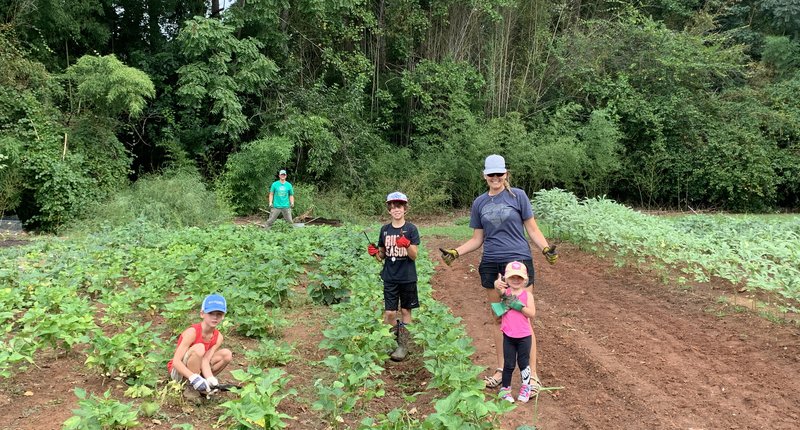 As summer comes to a close, we want to celebrate the harvest of fresh produce from the community garden at our Taylors campus! Throughout the summer, many volunteers have helped plant, weed, and manage the garden, and we are so thankful for their faithfulness. As a result, over 500 pounds of fresh vegetables have been harvested! Many in our community have benefited from this produce—Miracle Hill Boys Home, those in our Dignified Crisis Housing, families impacted by COVID-19, and many others.

Currently, volunteers are working on canning and freezing vegetables so we can continue to support our community, and others are planting cool weather crops. We hope you’ll join us in prayer around this ministry. If you’re interested in volunteering, please email Fran Williams at [email protected]. To learn more about outreach opportunities, click below!