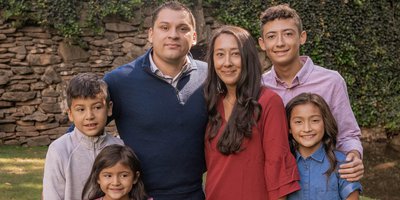 Life Change | Living Out Our Faith through Serving

There are moments when you are forced to step back and see the Lord working in someone else’s life, and you can see how he’s working in yours. 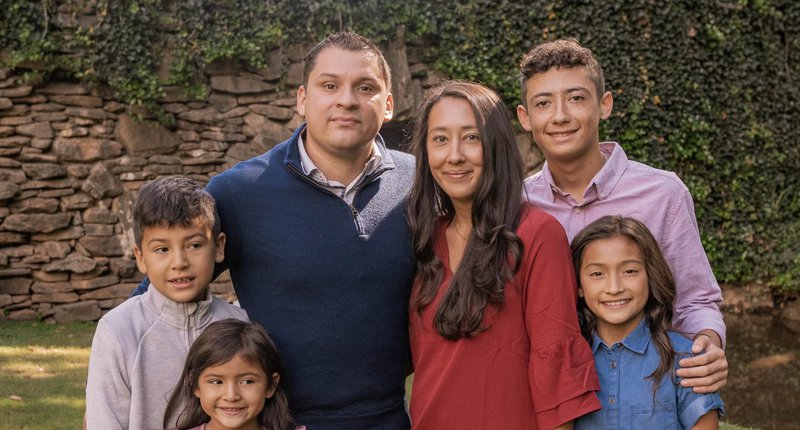 Life Change | Living Out Our Faith through Serving

There are moments when you are forced to step back and see the Lord working in someone else’s life, and you can see how he’s working in yours.

When Hugo and Tracy Chavez moved to the Upstate from Tennessee in 2012, they had no idea how much their lives would change. Hugo made the initial move in order to find a house and get settled, and while playing soccer with some friends on the weekend, he was invited to Grace Church. Immediately after the service, he called Tracy and said, “we found our church.”

While they had attended church at their previous home, they had merely been consumers—not serving and not in community. As they attended Grace, sat under biblical teaching, and went through the membership process, God opened their eyes to what it meant to be part of a local body of believers. So they committed fully to what was then the Golden Strip campus, working alongside staff and other members as they made the move to Harrison Bridge. The more they got involved, their hearts were captured by the idea of not only being in community, but serving others.

Instead of protecting our time and space, we began to think about what we could do for others and how we could help. We began to say yes.

Serving became an integral part of living out their faith. They’ve both served in various capacities over the years—with students, on the events team, audio visual—and each of them has found a space where God is using their unique gifts. Tracy found her niche in Mosaic. She shared, “I remember the first Mosaic individual I shadowed. She was nonverbal, and I had no idea if I was doing anything right. But then out of nowhere, she began singing Jesus Loves Me. It was a compelling moment for me to see God’s power at work.” Hugo currently serves in Fusion, but because he’s a problem solver and good with technology, he’s also everyone’s go-to guy for any tech-related needs.

Both Hugo and Tracy have also been through re:gen as participants as well as leaders. This was a formative experience for both of them. Not only did they grow in self awareness and do the work of recovery, they then got to see others be changed by the gospel.

That’s the gospel—it has all the power. We simply made space for God to work, and then we stood back and watched the turnaround in people’s lives.

There are aspects of serving that have proved challenging. Both Hugo and Tracy work, and they homeschool three of their four children—ages 17, 10, 8, and 5. They have also decided to live in a trailer on their property while they are building their home. But even amid all the busyness of life, serving has become an opportunity for family discipleship in addition to their personal growth. They’ve seen their oldest son grow in his ability to see others’ needs and be willing to step in and help. It’s also been compelling for their children to simply be in proximity to those who are serving. They see what their parents are doing and how it’s affecting them.

When they reflect back on their lives, Hugo and Tracy can see God’s hand purposefully orchestrating every move, every connection, every choice they were faced with. He has brought them this far, and they trust he will continue to grow their faith as they serve his Church.

We’re still early in our journey, and even though we’ve seen tremendous growth, there’s a long way to go. We are thankful that we get to carry the gospel with us through all these stages of life. 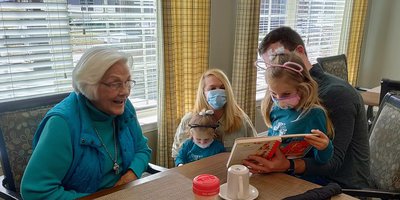 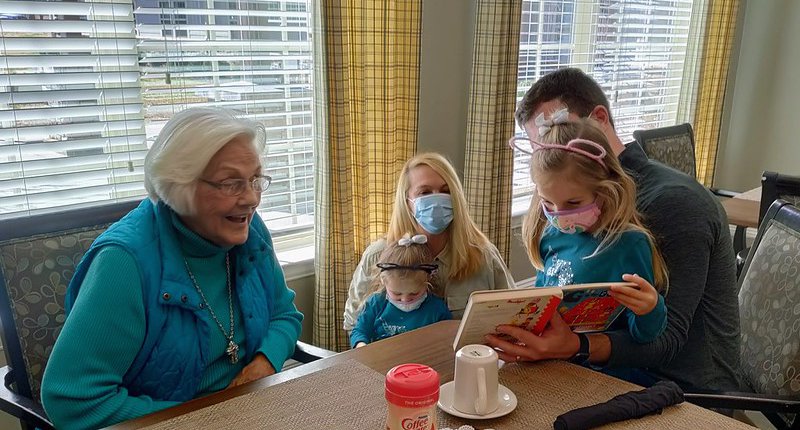 Through our Senior Honor ministry, Grace Church volunteers provide worship services, build one-on-one relationships, and facilitate other opportunities at elder care communities across the Upstate. Our Harrison Bridge campus’ partnership with Fairview Park has been flourishing in recent months, and we’re excited to see Grace members connect with residents in unique ways.

Recently, volunteers and their families hosted a “Teddy Bear Story Hour” for residents, and it was a big hit with all who participated! Each resident received a teddy bear from a child, and then the residents and children read books and colored together. There is always a special connection between children and grandparents, and even though these individuals aren’t biologically related, that special connection was evident in the smiles on their faces.

Along with more special activities, Harrison Bridge volunteers will soon move from hosting services once a month to twice monthly. What a blessing to be able to include those of our church body who cannot physically attend church. We want our Senior Honor members to know they are valuable, loved, and cared for. Will you join us in praying for this ministry? If you’re interested in learning more about Senior Honor or volunteering at your campus, click below. 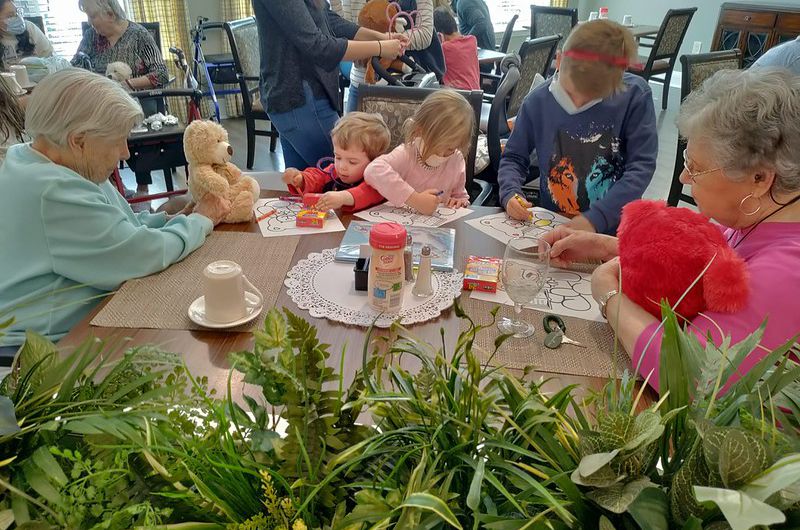 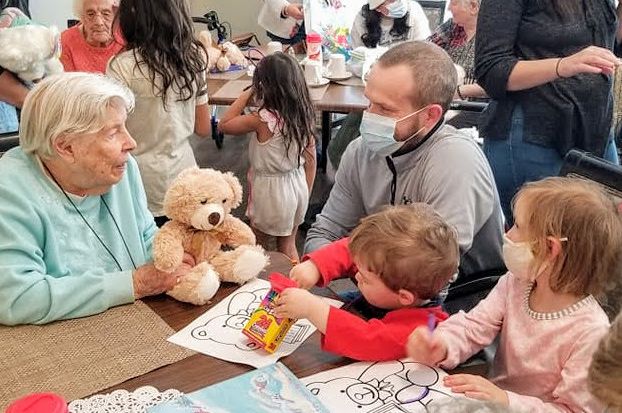 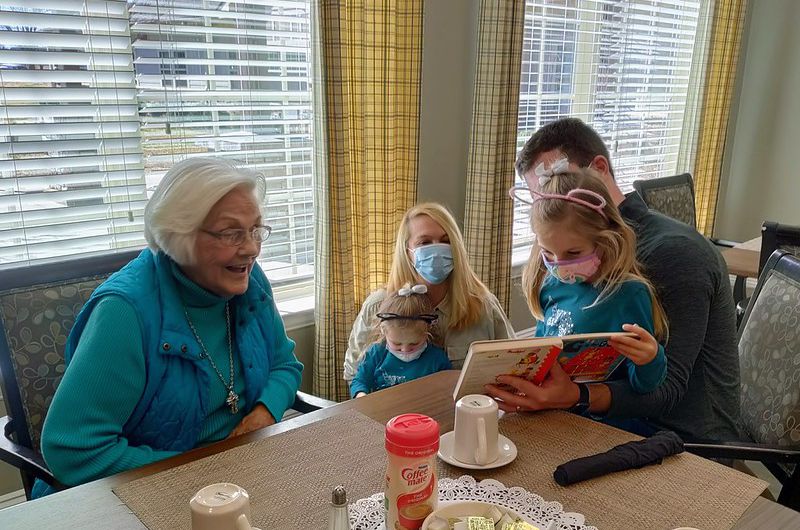